The Starfield Crimson Fleet faction is effectively the bad guys of the Settled Systems. Recognizable from their futuristic Jolly Roger symbol, red-hued armor, and skull masks, the Crimson Fleet don’t follow the established rules set by the United Colonies and roam around space in search of loot, seizing it from any spacers unfortunate enough to be in their way.

Unlike Starfield factions like United Colonies, Constellation, or the Freestar collective, the Crimson Fleet doesn’t seem particularly interested in history or legacy so we’re currently not sure how the group formed and under what circumstances. Likewise, as it’s a group of marauding space pirates there doesn’t appear to be a capital city, although a capital spaceship seems possible.

Where is the Crimson Fleet from?

While we’re not sure it has a capital city, the Crimson Fleet started out in the Kryx system but started expanding and disrupting operations for the UC and FC in the wider Settled Systems. They have established footholds in Starfield locations like the Sagan, Cheyenne, Lunara, and Narion systems. When the player meets them as enemies at the start of Starfield’s story they are on the planet of Kreet.

They started out pestering the Freestar Collective, but it wasn’t too long before they drew the ire of the United Colonies. 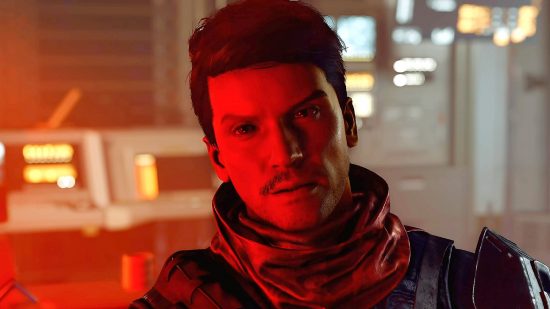 Can you join the Crimson Fleet?

Who are the Crimson Fleet's enemies?

While the Crimson Fleet is an antagonist faction, their main enemy appears to be the United Colonies. In the Starfield gameplay trailer, a UC security leader asks you to help them take down these cutthroat pirates.