This Starfield United Colonies faction guide breaks down everything we know about the UC, including its history, capital city, and if it's joinable

The Starfield United Colonies faction is the largest military and political force across all of the Settled Systems. The United Colonies is a centralized republic whose capital city is New Atlantis on the planet Jemison in the Alpha Centauri System.

The United Colonies oversee many Starfield locations and colonies and has been a force across the Settled Systems for many decades. The UC is one of many Starfield factions you can discover and join and collect missions from.

When was the United Colonies founded?

The United Colonies was established in 2161, making it 169 years old at the start of Starfield’s narrative. Its main rival is the Freestar Collective and the two factions were at war in 2310. This conflict is known as the Colony War, and while the two factions made peace in 2330, it was an uneasy truce. 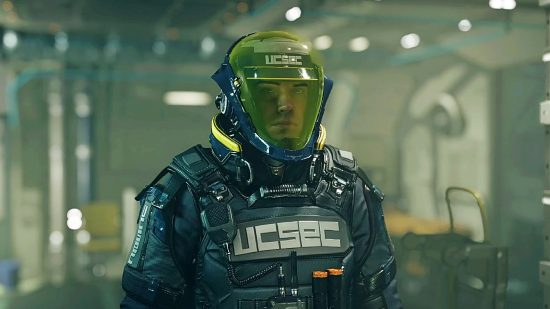 Can you join the United Colonies?

Yes, the player can join the UC military on a mission to take down the Crimson Fleet, but no doubt you’ll be able to pick up plenty of missions for other members of the group.

Nothing is known about the UC’s ambitions or main aims in the galaxy, but our best guess is that they place a huge amount of importance on regulation and the rule of law, especially given the Freestar Collective stands for individual liberty.

What is the United Colonies' capital city?

New Atlantis is the capital city of the United Colonies. A look at the city during the Starfield gameplay trailer suggests the UC is a very wealthy and well-organized group.

The city is packed full of gleaming buildings and skyscrapers, and it’s described as being a true melting pot, with citizens from every race, creed, and ethnicity. Still, we can see armed guards regularly patrolling the city in the Starfield gameplay trailer, so even on the faction’s home turf, things aren’t necessarily peaceful.