Starfield console commands and cheats will let PC players mess around in countless ways, sometimes for fun and sometimes for an easier playthrough

Starfield console commands and cheats have yet to be confirmed, but it’s hard to imagine a Bethesda Game Studios RPG without them. In case you’re unfamiliar with these terms, console commands are a means of gaining more direct control over the game. While only available to PC players, these commands typically let players perform actions like spawning items, characters, and mobs, pausing the action, making themself invincible, and much more.

There’s no official word or even mention of Starfield console commands from Bethesda Game Studios, but given how important the tool has been to players of BGS games it seems unlikely that this would be the studio’s first major single-player release without them.

How to use console commands and cheats

Historically, to activate the console you need to press the tilde (~), grave (`), or at (@) keys, which opens a small bar at the bottom of the screen where you can input commands. These commands are not case-sensitive and they are typically constructed of two parts, a command code, and a value. In the case of Fallout 4, you can change your player level by opening the console and inputting player.setlevel <#>.

Starfield will likely contain many of the same commands and cheat structures as previous BGS games but may include additional commands to navigate its space travel, ship stats, and research. Expect commands to change your standing among the various Starfield factions, get rare Starfield weapons, and increase your Starfield level.

Another key aspect of console commands will be a list of Starfield item codes, which we don’t have right now for obvious reasons. But when release comes around you’ll need to know both the commands and item codes if you want to spawn specific objects into your game. 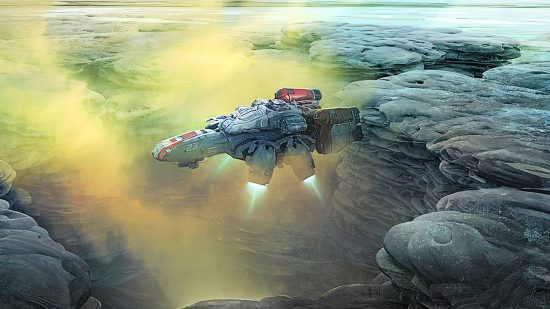 We’ll update this page as soon as there’s any official information on Starfield console commands, and eventually, we’ll have all of the possible cheats and commands listed here, too.