The Starfield Reddit is one of the largest communities dedicated to Bethesda’s RPG, as well as home to Starfield leaks, memes, and more.

The Starfield Reddit is quite possibly the largest single community dedicated to Bethesda’s open world roleplaying game, with more members even than the game’s official Facebook or Instagram channels. It’s also 100% unofficial, meaning that you tend to get a more critical view of the game than many of the communities managed by Bethesda.

What’s more, the Starfield subreddit has been around for some time – while Starfield itself wasn’t officially confirmed until 2018, the Reddit community has been live ever since 2016, when rumours of Bethesda Game Studios’ next project first began swirling.

That means you can browse thousands of contributions from Bethesda diehards, RPG fans, and catch up on the latest Starfield news. There’s a lot to get through – here’s just a taste of what you might find.

It’s easy to sort the Starfield subreddit in order to see the most upvoted posts of all time. Unsurprisingly, the official gameplay reveal – first revealed back in June 2022 – is one of the best Starfield Reddit posts in terms of upvotes.

Other highlights include posts analysing NPC skinfolds and wrinkles, a sighting of Todd Howard in the wild, and the confirmation that NASA is really hyped for Starfield. In other words, it’s home to all sorts of goodness – as well as a steady supply of Starfield memes. 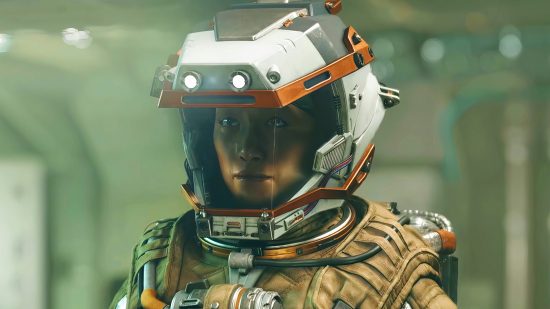 The Starfield Reddit has also been home to a selection of Starfield leaks – often gathered from other corners of the internet and reproduced or compiled on the subreddit.

Back in April 2022, for instance, a compilation of Starfield leaks appeared on the site, many of which showcased unfinished environments from the game. While it’s difficult to conclusively determine the authenticity of images like these, it’s worth noting that a lot of the user interface elements would go on to feature in the Starfield gameplay reveal released by Bethesda in June 2022.

Looking for more information on all things Starfield? Check out the full list of revealed Starfield weapons, browse the line-up of Starfield locations, or consider your allegiances with the database of Starfield factions.