A list of the Starfield companions you can recruit, either as temporary followers or proper partners who can be a permanent presence by your side

Starfield companions will accompany the Spacefarer in combat and across their galactic travels, offering advice, pitching in during combat, and helping to carry your burden. Sometimes referred to as followers, companions are a crucial part of modern Bethesda Game Studios releases and each one typically comes with rich dialogue choices – sometimes including romance options – bespoke equipment, and interactions.

We’ve seen companions take the form of robots, humans, and beasts in previous BGS games, so while we only know of two Starfield companions, the possibilities are endless. Perhaps we’ll even be able to recruit an Ashta from the outskirts of Akila to help us out in battle. If Starfield is like previous BGS games then each of the Starfield factions will also have an associated companion to recruit.

Vasco is the only officially confirmed companion in Starfield right now. This bipedal robot belongs to Constellation and has been refurbished by the Starfield faction to better serve its needs. While Vasco’s primary purpose is to provide utility, it has two armaments in case the Spacefarer needs a hand in combat.

According to lead artist Istvan Pely, “Even early in the process, before we had the full suite of characters, people in the studio started gravitating toward Vasco. He’s your buddy, but he’s a robot. But all of the sudden everyone on the team decided ‘I want a relationship with Vasco. He’s so cool. He’s so much fun.’ He became a breakout character, and we were just getting started.”

Given the sheer hulking size of Vasco, it’s easy to see why you’d want them by your side while exploring dangerous new worlds. With more than 1,000 planets in the list of Starfield locations to explore, Vasco’s computational brains and steely brawn are sure to come in handy. 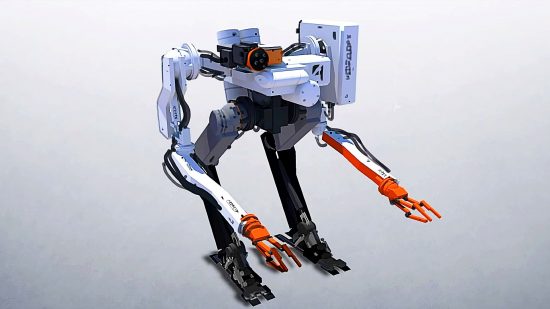 Oblivion fans will recognize this reference instantly. Hidden away in the character creation screen of the Constellation Questions YouTube video is a Starfield trait called Hero Worshipped. The description reads: “You’ve earned the attention of an annoying ‘Adoring Fan’ who will show up randomly and jabber at you incessantly. On the plus side, he’ll give you gifts…”

While the description suggests that the Adoring Fan will not be a fully fledged companion, he could be a permanent presence at your side in Oblivion.